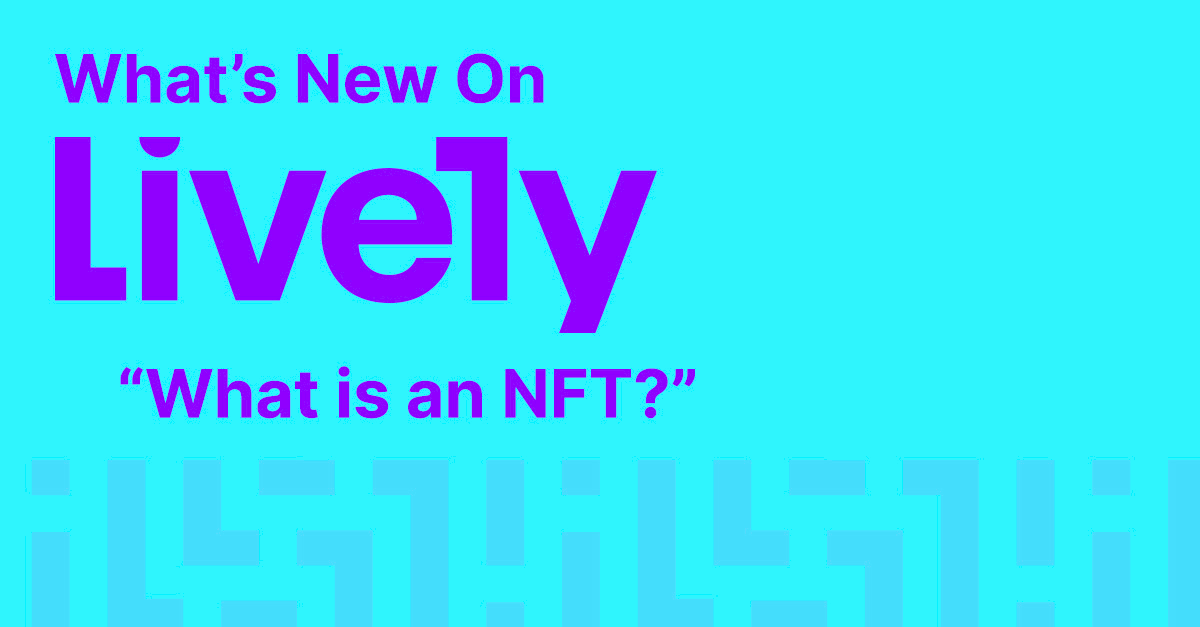 NFT stands for Non Fungible Token, but what does fungible even mean, and for that matter why is that important? So glad you asked.

Fungible means the ability to replace or be replaced by an identical item. For example, money is fungible. If you have one dollar and someone else has a dollar, you can trade dollars and still each have the exact same value. It doesn’t matter if one dollar has a stain on it or the other dollar is slightly older, they both have the exact same buying power which is of course, one dollar.

In a digital space, until recently, you could not have fungibility in any regard because you could infinitely replicate things. For example, if I have a file and I email you a file, we now both have a copy of this file. If you forward this email to someone else, now three people have a copy of the file, but who has the original file and is each file now less valuable because there are many copies? This is why cryptocurrency didn’t work for so long, because if anyone can infinitely copy and paste dollars, well they just aren’t worth anything. The blockchain solves this problem as a public ledger of digital assets. So how do NFTs fit into all of this?

Cryptocurrencies, just like dollars, are fungible tokens, but what if you want something of value digitally that isn’t like anything else? This is an NFT or to bring it full circle, a Non Fungible Token. NFTs are unique, certifiable IP, stored on the blockchain. The proof of ownership and creation can be traced back to the creator, all of which is publicly verifiable. NFTs can represent tangible things such as paintings, sculptures, even houses. They can also be intangible items like digital art, GIF animations, video game skins, avatars, virtual land, or music.

To buy, sell, and create NFTs you need a digital wallet. This allows you to interact with minting sites and applications like Lively. It also allows you to buy and trade NFTs on secondary markets like Opensea. There are many blockchains that store NFTs that can be traded using their respective cryptocurrencies like Ethereum, Polygon, Tezos, and Solana just to name a few.

So why would someone want to create, buy, or sell an NFT? This boils down to provenance, ownership, royalties, and share of value.

Provenance means a record of ownership back to origin. In the fine art world, provenance is a real issue. People claiming to own a Banksy can’t possibly authenticate that they do. Even the most expensive piece ever sold, the lost Leonardo Da Vinci painting Salvator Mundi, was never proved to be what it purported to be and many people still consider it to be fake. With NFTs, using the blockchain as the public record, you always know who created, purchased, and sold what the item is, which brings us to ownership.

As illustrated above, the file copy problem presented real issues of who owns the file if it’s duplicated infinitely. With NFTs you can own a digital asset because for the first time digitally, assets can be scarce. Couldn’t someone just screen shot my NFT? Of course they could, but they’d have just as much luck selling that NFT on Opensea as someone who took a picture of the Mona Lisa would to a fine art dealer or anyone for that matter. Which, to be clear, is none. In the case of the picture of the Mona Lisa, even if it could be sold, the owner of the original painting would never see any money, this brings us to royalties.

To put it differently, let’s say you make a painting and sell it for $1000. Now let’s say you get famous overnight and the person who bought that painting resells it for $1,000,000. You wouldn’t see any of that money. NFTs change this and each time an artist’s work resells on secondary markets, they now see whatever amount of profit from that sale they choose to bake in when creating the work. If Leonardo Da Vinci existed today and utilized NFTs to authenticate his paintings, he wouldn’t have died in poverty even if he never made another painting due to royalties.

Royalties also change the game for creators outside of visual art too. Imagine starting a social club like Soho house. Instead of a yearly fee, like a subscription, you issued members an NFT for a one time fee but limited memberships to 10,000. Each member could then sell their membership to someone else for whatever amount of money they chose and since that would be the only way to get in, evaluations of that membership would skyrocket. Each time it sold, however, you'd make a royalty. This differentiates from subscriptions because it allows both parties a share of value.

Sharing of value is a game changer for both creators and fans because it allows the relationship to be closer and fairer than ever. Have you ever discovered a band before they got famous and then they blew up? Doesn’t being an early fan have value? Of course it does, if it didn’t, why else would people brag about this when it happens? With NFTs, now both the band and the fan can share in the value of this happening.

Ok so NFTs are a game changer for both creators and fans, but what does that matter if they are destroying the environment? While it is true that historically the largest blockchains like Bitcoin and Ethereum use an incredible amount of energy, it’s also true that over 50% of it is run on renewable energy like solar. It’s additionally true that most other blockchains like Polygon, Tezos, and Solana use a “Proof Of Stake” mechanism which is 99.9% more efficient and has virtually no more impact on the environment than a Google search does. Ethereum plans to move to this efficient mechanic by the end of 2022 otherwise called “The Merge”, making the entire environmental impact of NFTs negligible.

You’re now ready for the brave new world of NFTs and if you liked this article, feel free to share with a friend so they can join in on the fun too.